Could You Work With Your Spouse? 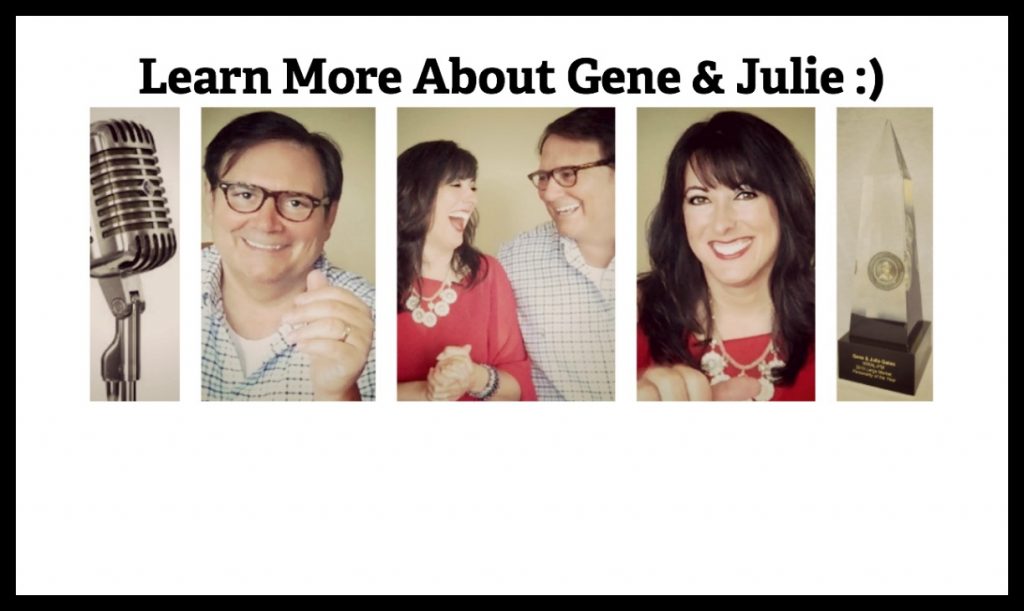 Could You Work With Your Spouse?

When Gene & Julie Gates wed in New York City’s Grand Central Terminal, The New York Times covered the story. When Oprah Winfrey heard about them, she had them on her show. Gene & Julie are a dynamic husband-and-wife broadcasting duo whose morning radio show has aired in Los Angeles, San Francisco, Dallas, Atlanta and Raleigh. Somehow, this married team has stayed connected, even though life has thrown them a variety of curveballs while being in business together. Together, they’ve tackled the entertainment industry, restaurant ownership and parenting (with the latter as the most confounding). Do they get on each other’s last nerve? Sometimes. Do they agree on everything? Not at all. But they have learned to live by a set of beliefs deeply rooted in respect that have kept their relationship on track for over 20 years. It’s been a wild and remarkable ride.

Since Gene & Julie work together in public arenas, they have become unintentional relationship mentors. No matter where they go, they are asked, “How do you live and work together without killing each other?” The Gates believe all couples can have a successful love/work partnership, and they share their proven strategies in their “Ignite Your Couple Power” workshops.

When the microphones are off, the center of their universe is their 15-year-old kiddo Sophia (AKA “Des”). As a family they enjoy spending hours in bookstores, playing “The Game of Things,” and watching Shark Tank.