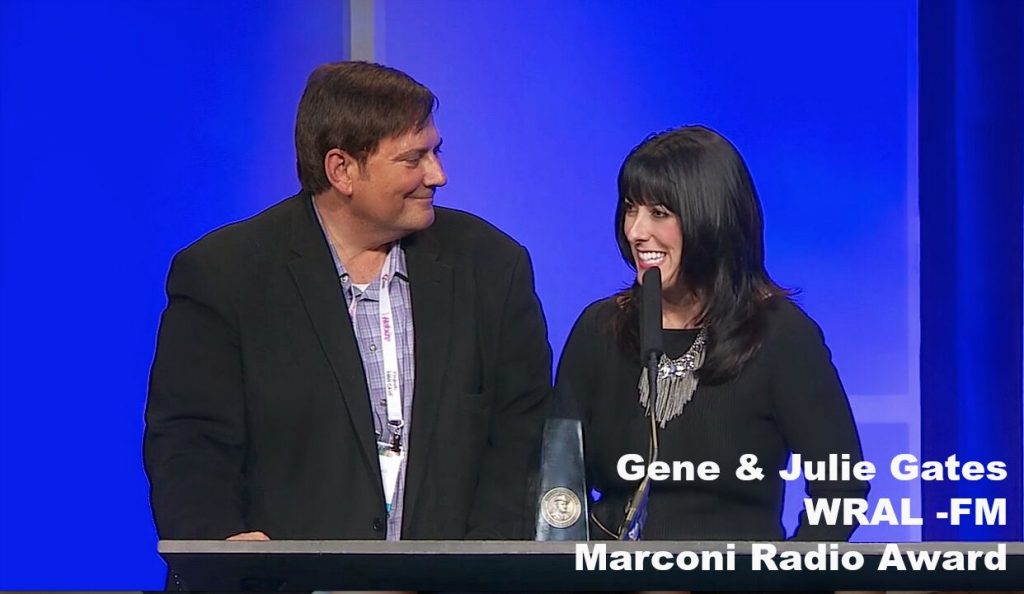 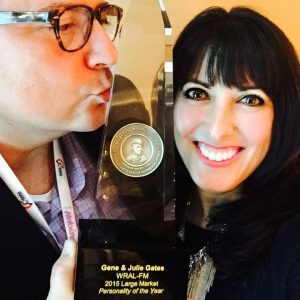 Gene and Julie won the 2015 “Large Market Personality of the Year Marconi Award” from the National Association of Broadcasters.

MIX 101.5 Morning Personalities Gene and Julie Gates have won the “Oscar” of the radio industry.  The pair won the 2015 NAB Marconi Radio Award for Large Market Personality of the Year at the awards dinner at the 2015 Radio Show in Atlanta on Thursday, October 1st.

“To be in the company of broadcasting luminaries like Larry King, Don Imus, Rick Dees, Kidd Kraddick and Ryan Seacrest is beyond humbling,” said Julie Gates. “We love radio, it’s the best way to bring people together to make this an even greater place to live.”

Gene added, “It was wonderful to enjoy the Marconi Awards with WRAL-FM General Manager Katie Phillips (I think she screamed louder than we did when our names were announced). Thank you Capitol Broadcasting Company and the Goodmon family for making WRAL-FM such a great place to broadcast and connect with our amazing Triangle community.” 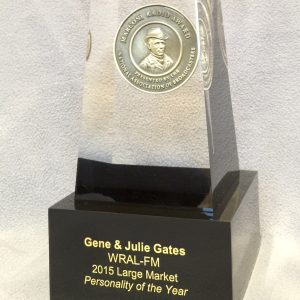 Established in 1989 and named after inventor and Nobel Prize winner Guglielmo Marconi, the NAB Marconi Radio Awards are given to radio stations and outstanding on-air personalities to recognize excellence in radio.

This was the third Marconi Award nomination for the Gates and their first win.